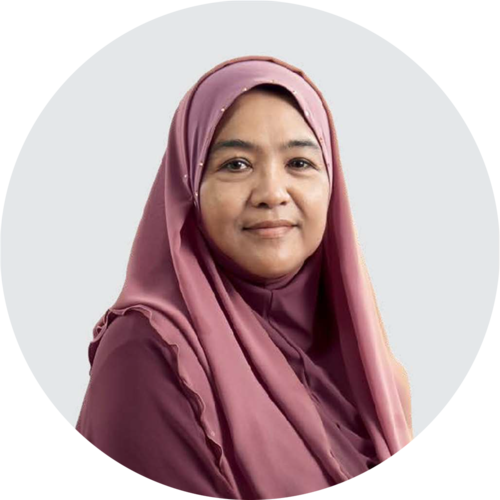 Fina Norhizah binti Haji Baharu Zaman, was appointed to the Board of Alam Maritim Resources Berhad on 22 October 2010 and was later appointed as Chairman on 21 August 2014. She has attended eleven (11) of the eleven (11) board meetings held in the financial year 2020.

Fina holds a Bachelor of Law degree from the University of Malaya and a Masters in Law (specialising in maritime and shipping) from the London School of Economics, University of London.

She had served the Malaysian Attorney General’s Chambers as Senior Federal Counsel and Legal Advisor to the Ministry of Transport Malaysia. In 1984, she served as a lecturer at the International Islamic University, Malaysia in Kulliyah of Law. Fina was admitted as an Advocate and Solicitor of the High Court of Malaya in 1986. Her entry into the oil and gas industry was with PETRONAS, where she had held several senior positions until her retirement as Head/Senior General Manager of the Legal and Corporate Secretarial Affairs Division and the Company Secretary.

Fina is also a director of BIB Insurance Brokers Sdn Bhd. She does not have any family relationship with any other director and/ or major shareholder of the Company and has no conflict of interest with the Company. She has not been convicted of any offence within the past five (5) years. 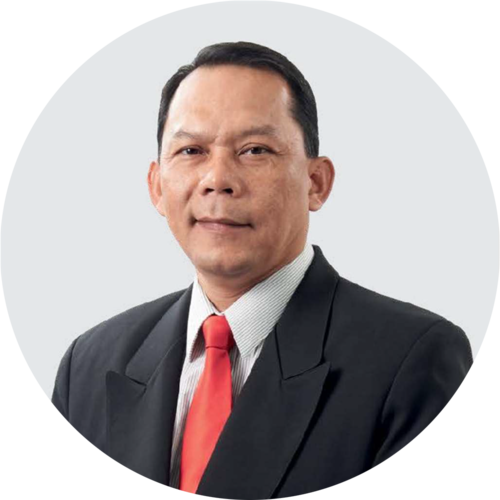 Datuk Azmi bin Ahmad was appointed as Group Managing Director/ Group Chief Executive Officer of Alam Maritim Resources Berhad on 2 May 2006. He is also the Chairman of the Employees’ Share Option Scheme Committee and a member of the Board Risk Management Committee. He has attended eleven (11) of the eleven (11) board meetings held in the financial year 2020.

Datuk Azmi holds an MBA from the University of Wales, Cardiff, UK as well as a Bachelor of Arts (Hons) in Accounting and Finance from the University of South Bank, UK. Prior to joining the corporate sector, Datuk Azmi had served as a Leftenan Udara with the Royal Malaysian Airforce before joining Bank Bumiputera Berhad as the Corporate Banking Division Manager. He later moved into the maritime industry with Nepline Berhad, a shipping company providing tanker services, serving as General Manager, Finance Administration and Human Resources Division before co founding Alam Maritim (M) Sdn Bhd.

Datuk Azmi does not have any family relationship with any Director and/ or major shareholder of the Company and has no conflict of interest with the Company, save as disclosed in the Analysis of Shareholdings section of this Annual Report. He has not been convicted of any offence within the past five (5) years. 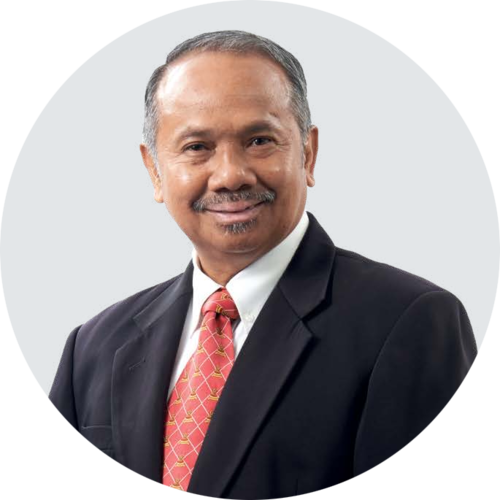 Md Nasir bin Noh was appointed as Chief Financial Officer on 2 January 2015. He is responsible for Group Finance functions, and he brought with him over 20 years of experience in the areas of auditing, financial accounting and management and corporate finance.

Prior to joining the Group, Md Nasir served in different financial related positions within the banking, telecommunications, automotive, property and construction, aviation and maritime industries. He holds a professional accounting qualification from the Association of Chartered Certified Accountants, UK. He is a chartered accountant registered with the Malaysian Institute of Accountants. 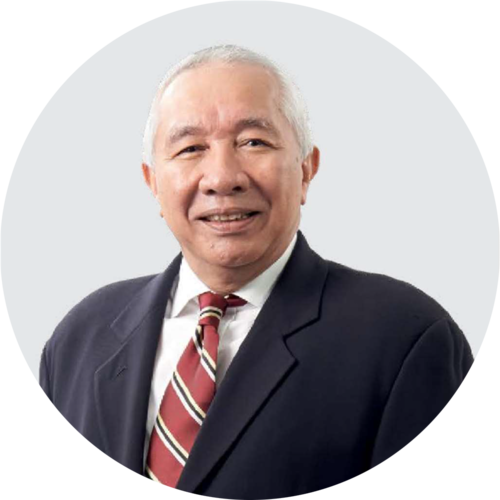 Ahmad Hassanudin bin Ahmad Kamaluddin, was first appointed as a Director of Alam Maritim Resources Berhad on 6 December 2006. He presently serves as a Non-Independent Executive Director of the Company and as a member of the Board Risk Management Committee and Employees’ Share Option Scheme (ESOS) Committee. He has attended eleven (11) of the eleven (11) board meetings held in the financial year 2020.

Ahmad holds a Bachelor of Economics (Analytical) from the University of Malaya and has to-date attended a number of business and management courses, some of which were at the renown Harvard Business School, Oxford School of Petroleum Studies and Fletcher School of Law and Diplomacy, Tufts University, USA.

His career in the oil and gas industry spans four decades, primarily with the national oil company, PETRONAS, where he served in both the downstream and upstream business segments in various senior management positions such as the Head of Business Development under Corporate Planning, Head of Property in LNG Sdn Bhd, Deputy General Manager of the International Marketing Division in PETRONAS, Managing Director of PETRONAS Trading Corporation Sdn Bhd (“PETCO”), a wholly owned subsidiary of PETRONAS, Senior General Manager of the Malaysian Crude Oil Division in PETRONAS and CEO of Vinyl Chloride (Malaysia) Sdn Bhd.

He was also appointed to the Board of various PETRONAS subsidiaries and held an honorary position as Vice President of the International Fertiliser Association of East Asia as well as CEO of ASEAN Bintulu Fertiliser Sdn Bhd, a joint venture company between Malaysia, Thailand, Philippines and Singapore. Following his retirement, he joined Alam Maritim (M) Sdn Bhd in 2004. 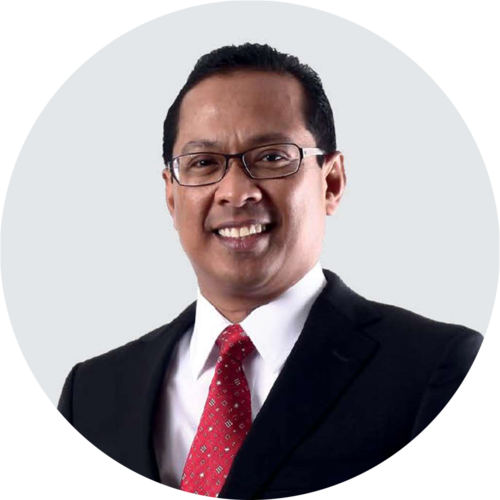 Shamsul Bin Saad was appointed to the Board of Alam Maritim Resources Berhad as Deputy Chief Executive Officer and Non-Independent Executive Director on 2 March 2021.

Shamsul holds a Bachelor of Science in Chemical Engineering from University of Florida, United States of America in 1986.

He started his career as a Chemical Field and Sales Engineer before joining Sarawak Shell Berhad in 1988. At Sarawak Shell Berhad, he held various positions within procurement, logistic and project engineering departments. He was also part of the select executive team tasked to reengineer the SHELL group in Malaysia. His last position was Head Procurement, Steel Products. In 1995, he was General Manager for Techno Indah Sdn Bhd, a Kuok/Perlis Plantation Group joint venture with then Malaysia Shipyard and Engineering Bhd (“MSE”). In 1996, Shamsul was a Managing Director of Oakwell Industries Sdn Bhd, a Singapore branch of oil and gas supply and services company based in Kuala Lumpur.

He joined the PPB Group (then known as Petra Perdana Bhd, currently known as Perdana Petroleum Bhd) in 2001 in expanding the PPB Group’s core business beyond its trading and maintenance services operations, into offshore engineering services, hook-up and construction business. This expansion of core business took the group from the Second Board of the Stock Exchange to the Main Board in 2003. Shamsul also drove PPB’s expansion into the offshore marine sector in 2004 originally as an extension of its hook up and commissioning scope and then as a separate core business of the PPB Group, pioneering PPB to be the only Malaysian owner-operator in the middle to deeper water operations in South East Asia at that time, thus providing it a significant regional market especially in Vietnam, Thailand and Indonesia. This led to the doubling of the PPB Group’s revenue and the eventual chain-listing on Bursa Malaysia of the earlier operations as Petra Energy Bhd. Resigned as its Managing Director with the turnaround of the company after managing it through the financial crisis and 2009 oil & gas depression cycle. He later retired as PPB’s Executive Director in August 2015 with the disposal of the company.

Aside from Alam Maritim, he is currently also a Non-Independent Non-Executive Director of Daya Material Berhad. He was formerly the Group Managing Director from April 2019. 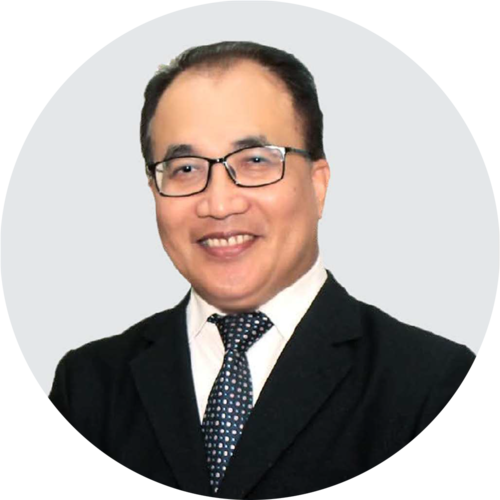 Ahmad Ruhaizad bin Hashim was appointed to the Board of Alam Maritim Resources Berhad as an Independent Non Executive Director on 16 November 2020. He is currently the Chairman of the Board Risk Management Committee and a member of the Board Audit Committee and Board Nomination and Remuneration Committee of the Company. He has attended two (2) of the two (2) board meeting held from his appointment as Independent Non Executive Director on 16 November 2020.

He began his career in 1991 when he joined Arthur Andersen as an auditor. He served Arthur Andersen for more than five (5) years until 1996 when he left to join KUB Malaysia Berhad. He then re-joined Arthur Andersen in 1999 to head its Kuala Terengganu branch operation. In 2002, he joined Putrajaya Holdings Sdn. Bhd. as the Head of the Corporate Planning Department. After six (6) years with the property development company, he then joined MNRB Holdings Berhad on 2 January 2008. He has served as Senior Vice President & Group Chief Strategy Officer of MNRB. In addition to his role, he is also the President and Chief Executive Officer of MNRB Retakaful Berhad, a wholly owned subsidiary of MNRB.